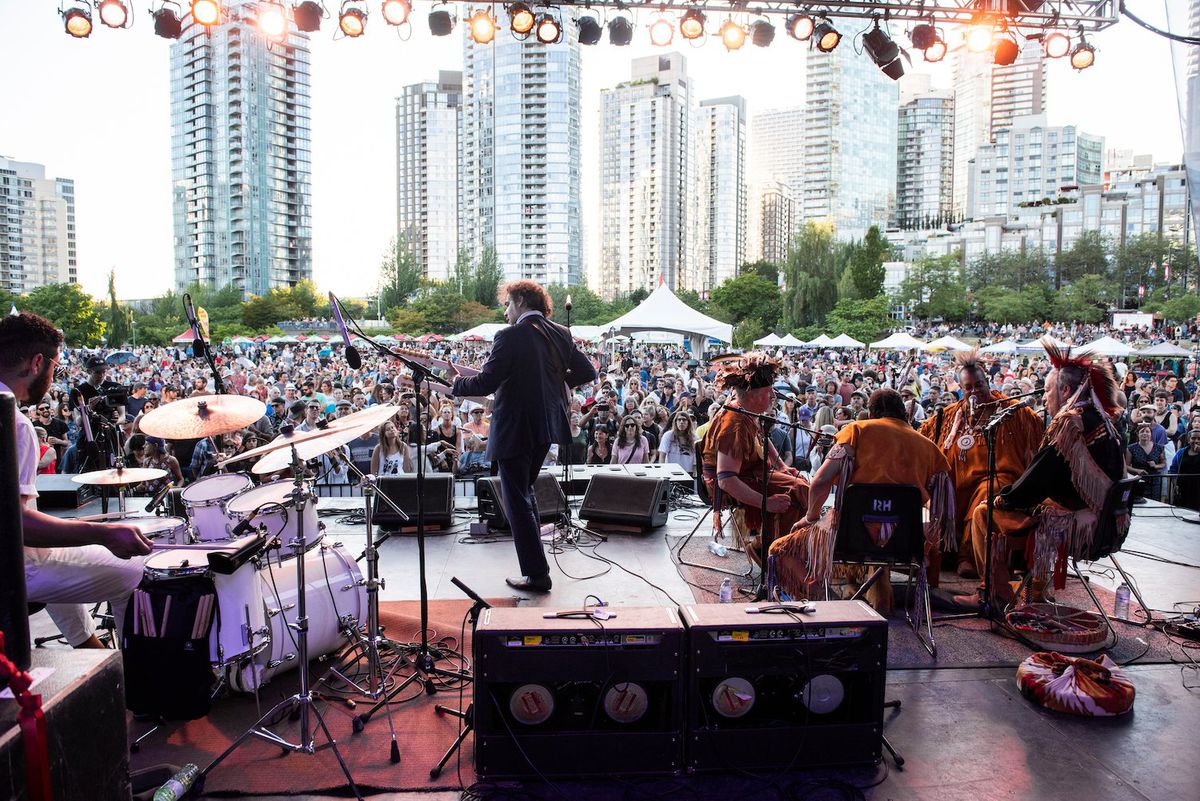 A double crisis jeopardizes the future of the Vancouver Jazz Festival

The future of the Vancouver Jazz Festival is thrown into question by news that its major sponsor plans to cut funding for the event just as bitter drama in the boardroom spills over into the audience.

The Coastal Jazz and Blues Society of Vancouver organizes the TD Vancouver International Jazz Festival, but the Toronto-Dominion Bank has informed the society that its support will end after this year’s festival, which is due to run from June 24 to July 3. . The TD contribution is by far the biggest source of funding for the festival.

Franco Ferrari, vice-chairman of the Coastal Jazz board, told The Globe and Mail in an interview that TD has been generous and supportive of the festival. TD did not respond to an emailed request for comment on Tuesday.

“What we’re trying to do is preserve the company’s ability to continue,” said Mr Ferrari, who has served on the board since 1994. “And we certainly risk financial loss or bankruptcy – which fortunately we are not that close, but we are worried after this year whether we will be able to find a title sponsor to replace a significant part of our financial support.

At the same time, a dispute between the board and some members of the company over governance and the management structure escalated with the publication of an open letter last week calling for the resignation of the current board of directors. On Tuesday morning, the open letter contained more than 300 names, including musicians such as John Korsrud, Dan Mangan and Jesse Zubot.

“We are concerned that the Coastal Jazz and Blues Society is going through a governance crisis that threatens its existence,” reads the letter, posted on Facebook. “This organization means a lot to us and to the cultural life of our city.

Coastal Jazz and Blues, which produces the annual festival and other concert series and events throughout the year, was founded in 1985. It was originally run by its co-founders and later by a single executive director .

After what the organization considered to be too much turnover in his role as CEO and with a deficit, the organization adopted the new arrangement: one person to oversee finance and administration, one for marketing and development. and one to do the artistic programming – Ms. Robert. The team succeeded in closing the company’s deficit.

In 2020, the board ordered what is called a 360 degree review of senior management. After that, the board decided that the distributed leadership structure was not working, according to Mr Ferrari.

In October 2020, the board put the three executives and a director of administration on 14 months’ notice, informing them that their positions would be cut in December 2021.

“From the board’s perspective, this was a prudent approach that did not put the company at extreme risk. It still provided a certain level of certainty to those involved and, under the circumstances, the best we thought we could do,” Mr Ferrari said.

But Zahid Makhdoom, who was a member of the board until his resignation amid the turmoil last year, was highly critical of the move.

He said in an interview that he objected to the jobs action taking place “in the midst of the plague we all face. And these people worked diligently… under difficult conditions.

Two of the three general managers and the director of administration left their full-time positions last year.

The question exploded at Coastal Jazz’s annual general meeting in November. The event is usually a sleepy affair attended by board members and a few others. In this case, attendance at the virtual meeting was higher than usual – including people who became members in the days leading up to the AGM.

“When tough questions were asked by members regarding the reasoning behind these decisions, they were met with derision and profanity from the board,” said the open letter, written by jazz musician Torsten Mueller.

Members present at the meeting voted to remove several people from the board executive, including the chairman and Mr. Ferrari.

Others, including Mr. Makhdoom, have offered their names to replace them. But after the meeting, Mr. Ferrari said, the company’s attorney determined that the vote violated the organization’s bylaws.

“We didn’t reintegrate; we remained the board in accordance with the statutes,” Mr. Ferrari said.

The open letter calls on the council to step down now. He also alleges a toxic work environment in the company, which staff members fear for their jobs.

“I’m not aware of such a thing,” Mr Ferrari said when asked about it.

The company has hired Nina Horvath, formerly of the Vancouver Bach Choir, as general manager, a position that replaces the three-person structure.

In response to the open letter, the board released its own letter, stating that it “commits to fulfilling its duties to ensure the sustainability and oversight of the company, and will continue to govern the company.” The board letter noted that the bylaws have no provision for electing board members.

“Emotions were running high, resulting in words and actions that we deeply regret,” the council’s letter read. He said he was actively recruiting new board members.

“Continuing the legacy and intent of our founders, the Board wishes to assure staff, members of the company and the community at large that we will engage in a thoughtful, transparent and fair process to determine the future artistic leadership of the organization,” the board’s letter reads.

This prompted Robert Kerr, the festival’s founding executive director, to write to the board.

“I am deeply offended by your statement that you are ‘carrying on the legacy and intent of our founders’. None of you are founding members and none of you speak for me,” Ms. Kerr, who is now Supervisor of Cultural Events Programming at the City of Toronto Mr. Kerr was among those who attended the November AGM.

“If you have any respect for the values ​​and intent of those of us who founded, established and nurtured the internationally renowned organization, you should all step down immediately.”

Although Ms Robert declined to answer questions about Coastal Jazz, she told the Globe she was delighted to join the BC Alliance for Arts and Culture as its new executive director.

We have a weekly Western Canada newsletter written by our British Columbia and Alberta bureau chiefs, providing a comprehensive package of news you need to know about the region and its place in the issues facing Canada confronted. register today.