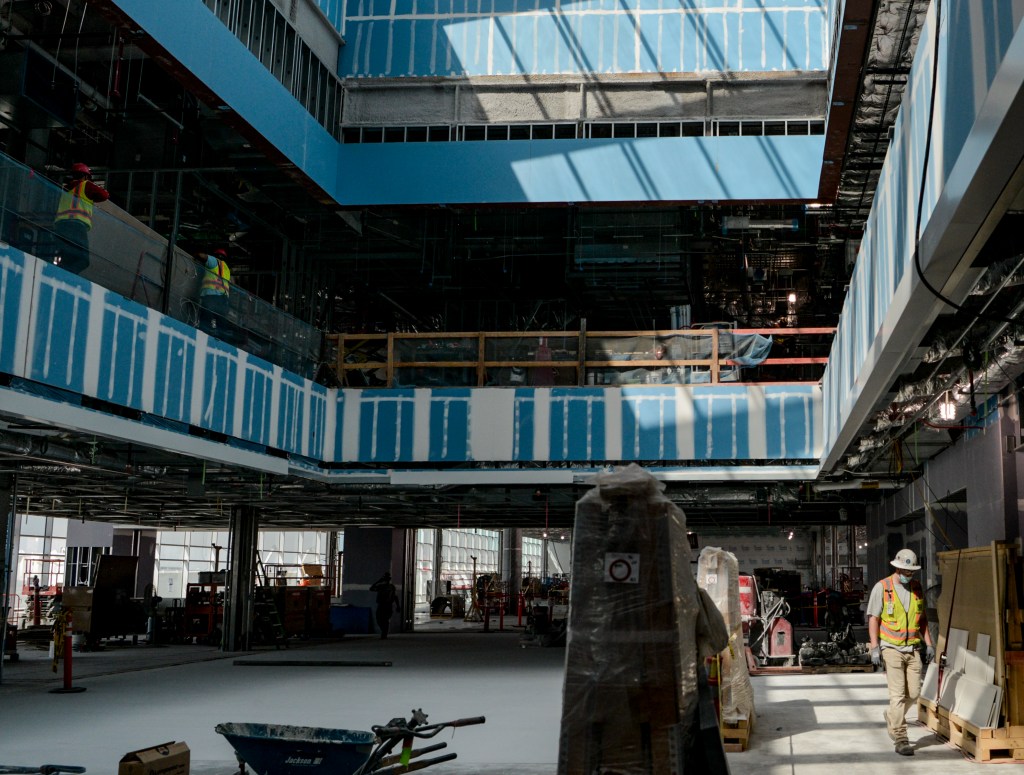 For years, $1.5 billion projects adding dozens of gates to Denver International Airport have stood out for their lack of fuss — a stark contrast to the separate renovations at the DIA terminal that withstood major contractor problems, skyrocketing costs and major delays.

But one of many expansions to DIA’s three halls suffered a major setback in early December when a water main broke. The accident delayed the completion of the 120,000 square foot addition to the east end of Concourse B by at least eight months and triggered a large construction insurance claim, DIA officials told a city council committee last week.

It came just a month before the new space, which will house 10 gates for United Airlines jetliners and regional jets, was due to be completed. Now September or October seem more likely.

“It took its toll, to be quite honest,” Williams said. “Water in general is a problem. Super hot water is a much bigger problem. The fact that it basically pulverized a lot of our communications equipment, electrical equipment…it had an impact on the (new) terrazzo floors. The damage was significant. »

He and Washington detailed the DIA’s handling of the incident to the board’s business and aviation committee as part of an update on the $2.1 billion lobby expansion and refresh program. dollars, which began in 2018.

Last week’s committee presentation marked the DIA’s most comprehensive public disclosure of the fallout from the incident. DIA did not announce the line break or, several weeks later, its impact assessment — at least not in the way it issued a press release on December 8, two days after the accident, to announce that another expansion project at the west end of Concourse B had won LEED gold certification for its eco-friendly design.

Washington notified city council members Dec. 8 in an email, writing, “We were scheduled to open the B-East expansion in January for United Airlines, and we were going through our inspection process. Unfortunately, this week, a hot water pipe broke in the B-East expansion. We are currently assessing the damage that has occurred and the impacts to the system. »

He wrote that the DIA planned to “recalibrate” the schedule for the project after airport and United officials finished assessing the fallout. The email, provided by DIA to the Denver Post, was first reported by CBS4 over the weekend.

Washington and other DIA officials met with the media the following week, Dec. 16, to discuss the airport’s new proposal, later approved by the board, to add a costly third phase to the renovation project. from the terminal. They did not discuss the Concourse B flooding incident.

DIA spokeswoman Stacey Stegman said Monday that DIA officials made no attempt to keep the incident quiet. It took until late January or early February to estimate damage costs and the effect on the project schedule, she said. In the meantime, the competition projects website was updated to note that the B-east expansion would not be done until “late 2022”.

“It was just a matter of, we were trying to figure out what we were dealing with,” Stegman said. “We didn’t have good information at the start. We tried to assess the damage. We tried to come up with a plan to fix it. And it took time. I don’t think anyone intentionally omitted to mention it.

She added: “We shared it with the airport community. We told United Airlines about it because it affected them.

The airport has an insurance policy for its construction projects. Williams told the board committee he expected the insurer to cover the additional costs of the repairs. But major supply chain issues are slowing repairs, he said, with some replacements for crumbling equipment not available for delivery until mid-summer.

DIA is still investigating the cause of the pipe break and has declined to identify the subcontractor believed to be at fault.

“On a project of this size and scope,” Williams told the committee, “there are multiple levels of contractors and oversight. … I’m not proud to say, but there are potentially multiple locations of failure. And we’re continuing to investigate that.

In total, the lobby expansions add 39 new doors. The West End Concourse B Expansion opened in November 2020. In addition to the East End Project B, Concourse A and C expansions are also scheduled to open later this year.

Loss of Tk 2.75b for chess board detected; fund manager summoned