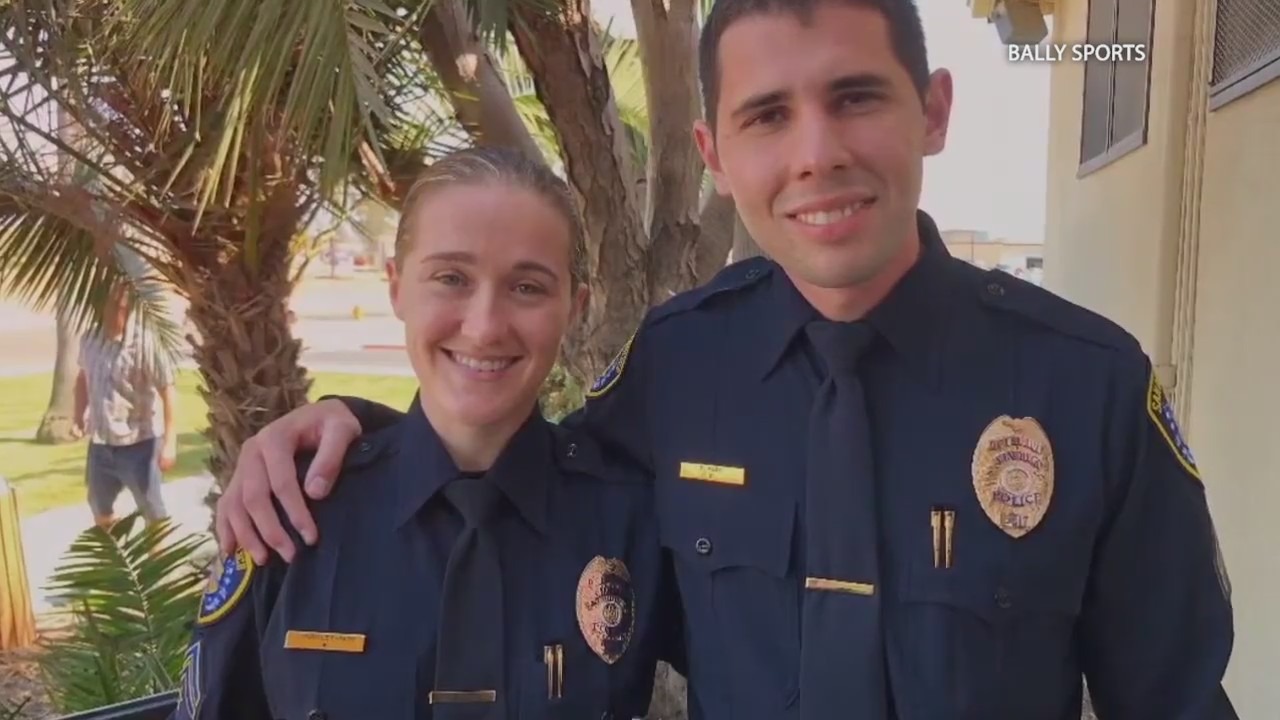 SAN DIEGO — The family of a San Diego police detective who was killed, along with her husband, in a wrong-way crash last year has filed a $10 million legal suit against the city.

Detective Jamie Huntley-Park, 33, and her husband and fellow Detective Ryan Park, 32, were killed June 4 when they were hit by a wrong-way driver on Interstate 5 in San Ysidro. Contraflow driver Sandra Daniels was also killed in the head-on crash.

According to the San Diego Union-Tribune, the family says the city of San Diego was responsible in part because the couple were occupants of a city-owned and insured vehicle.

“The city is liable for (i) the pavement design signage, (ii) the vehicle insurance, and (iii) the negligent maintenance of (the) vehicle,” the claim states.

The two-page complaint, dated last month, was filed by Huntley’s parents, Ed Thomas and Cherisse Huntley of La Jolla. In the filing, UT reports that the family is seeking “payment for UIM (uninsured motorist) coverage under the city’s self-insurance of the vehicle, as well as negligent maintenance and design claims.” of the roadway (and) dangerous condition”.

Jamie, who worked in the SDPD’s South Division, and Ryan, with the homicide unit, were tracking a tip for one of Jamie’s cases on the day of the fatal crash, according to the San Diego police chief, David Nisleit. Hired as same-day police recruits just over nine years ago, they were promoted to detective on the same day in 2017, which later blossomed into love after meeting at the police academy . When both became detectives, they got married.

The Associated Press and FOX 5’s Matt Meyer contributed to this report.

Is term life insurance worth it?