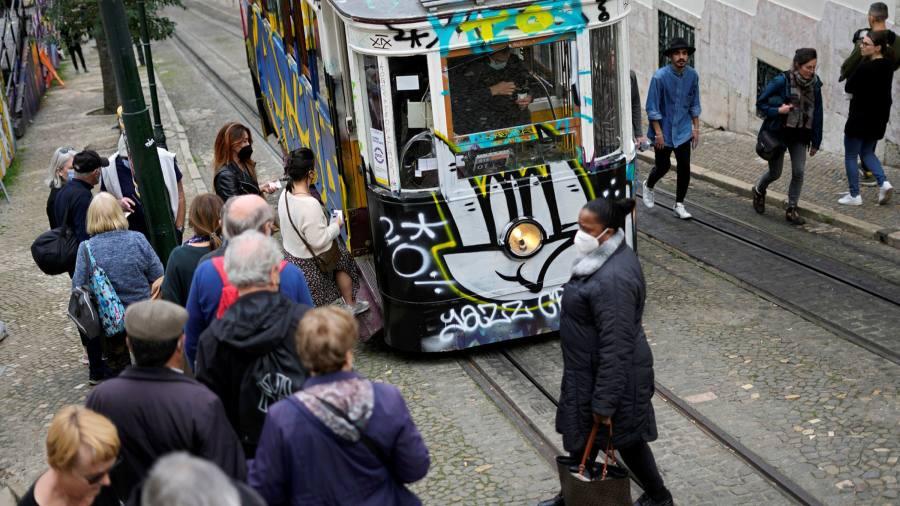 Portugal is dropping most of its Covid-19 restrictions as infection levels drop, but people who test positive for the virus will still have to self-isolate whether or not they show symptoms, the government.

Proof of vaccination will no longer be required to enter any place, including hotels and restaurants, but certificates will still need to be presented when entering the country, said Mariana Vieira da Silva, a minister of the cabinet, during a press conference.

People visiting bars, nightclubs, sporting events and other large public places will no longer have to show negative test results, she added, but they will remain a requirement for people visiting homes. care or hospitals, unless they show proof of being fully immunized.

More than 95% of the Portuguese population has been fully vaccinated, the third highest percentage in the world after the United Arab Emirates and Brunei.

Close contacts of people who test positive will no longer have to self-isolate, the minister said. A government recommendation that people work from home wherever possible will also be dropped and restrictions on the number of people allowed into shops and malls will be lifted.

Masks, however, will still be required in indoor public spaces, including cinemas, theaters, shops and public transport.

Portugal’s seven-day rolling average of new coronavirus cases has fallen from 541 per 100,000 people at the end of January to around 186, but remains above the EU average of around 156. The seven-day average number of deaths dailies per 100,000 people has fallen from a peak this year of 0.5 at the start of the month to just over 0.4, below the EU average.