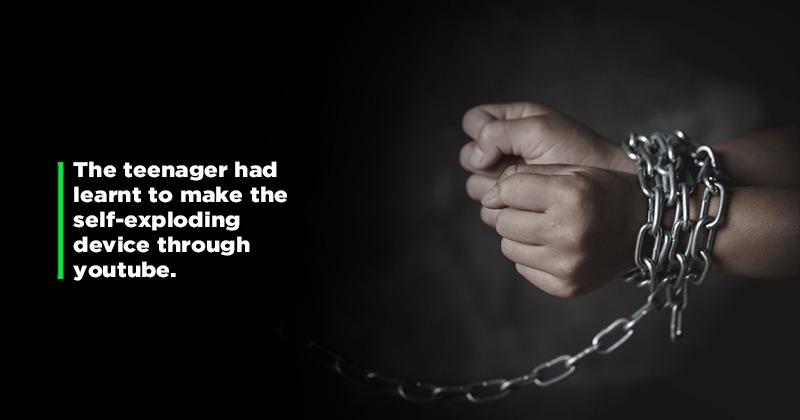 A Mumbai teenager has been arrested by police after he conspired to claim insurance by designing a device that would self-destruct while being transported by courier. The boy allegedly told police that he watched tutorials on YouTube to learn how to make the device.

On July 12, 2022, employees of a courier company in Jogeshwari (E) were sorting packages at the warehouse. Suddenly, a package exploded and burst into flames. But fortunately no one suffered serious injuries. The courier company then contacted the police the next day, according to the TOI report.

When the police visited the warehouse, they were stunned to find the contents of the burnt package. There were firecrackers, a cell phone and an electric circuit with batteries. Jogeshwari Police have registered an FIR. Investigators asked the courier company for the sender’s address. The sender was from Santacruz (E) and turned out to be a minor.

“The boy told us that two months ago he saw an advertisement for an insurance company online. Through the advertisement, he learned that if an item was damaged during shipment/in transit, the insurance company would pay the owner their original cost and an additional 10% as compensation. The boy came up with a plan to make a quick buck,” the policeman said, according to the report.

He allegedly purchased two computer processors, mobile phones and memory cards, and prepared a fake purchase invoice of Rs 9.8 lakh. He then designed an electrical circuit device, placing batteries, firecrackers and a cell phone. Once an alarm sounded on the phone, the device was supposed to ignite. The device was packed in a box with the fake invoice and marked with a fake address in Delhi.

According to his plan, the device exploded while being handled by workers. But what the teenager hadn’t imagined was that the courier company would approach the cops. He was arrested by Jogeshwari police and sent to an observation house in Dongri, according to the TOI report.

The Best Fintech Stocks to Buy With $100