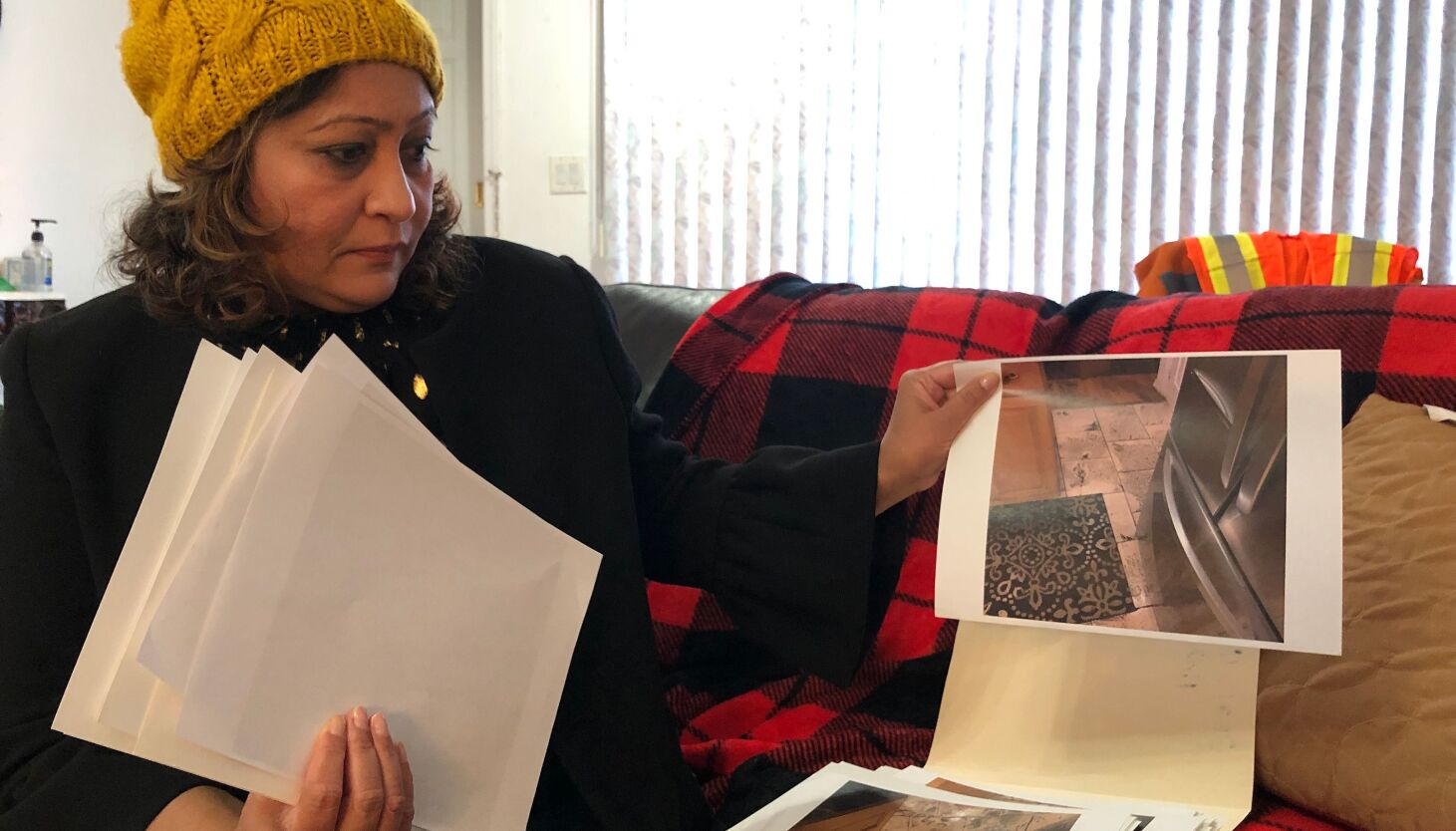 Nearly a year after the remnants of Hurricane Ida flooded the Forest Hills one-bedroom apartment where Heidi Pashkow and her husband live, the couple are finally starting to settle back into their first-floor home for more than four decades. That’s after living with their son’s family for about nine months and spending nearly $30,000 on repairs, Pashkow said.

She received a few thousand dollars from the Federal Emergency Management Agency (FEMA) and filed a negligence lawsuit against the city for damage caused by sewer overflows during the storm, hoping to receive money.

Pashkow said she was “shocked” when she received a letter Monday from City Comptroller Brad Lander completely denying her request.

She wasn’t alone: ​​4,703 New Yorkers filed claims against the city after their homes were flooded during Ida. All 4,703 were denied, according to the comptroller’s office.

The crux of the claims is that the city’s negligence in sewer maintenance resulted in flood damage.

The storm killed at least 13 people in New York City on Sept. 1, 2021, as it dumped more than three inches of rain in a single hour on Central Park, shattering previous rainfall records — and overwhelming sewer systems in the city, which were built to handle rains of less than two inches per hour.

The comptroller’s office says it is investigating each claim to determine if the city’s negligence led to the flooding. But the decisions are based on precedents fixed by a 1907 case that ruled that city governments are not liable for damage caused by “extraordinary and excessive rainfall” – even if the city’s sewer system was under capacity.

“As a result, the City of New York is not liable for any losses resulting from Hurricane Ida, and your claim should be denied,” read the letters sent by the Comptroller and obtained by THE CITY.

Pashkow said she thinks the city is “absolutely” at fault because it oversees infrastructure.

“I could challenge it and say, ‘Well, if you got your sewer fixed, that wouldn’t be a problem,'” Pashkow said.

“No one backs up to the first floor, just me and the super,” she said in a separate text message Tuesday. “All are paranoid and so am I when it rains.”

In posting the denials, Lander also indicated ways to fix the system as a whole.

“I believe the city should do more to help New Yorkers navigate the complex array of relief programs and insurance documents that follow natural disasters,” Lander wrote in the rejection letters.

“I can’t go anywhere else”

Most complaints to the Comptroller came from Flushing and other neighborhoods in central and southeast Queens.

Amrita Bhagwandin, 52, said Ida flooded the basement and up to two feet into the first floor of her home in Hollis. She received her denial letter from the comptroller on Monday.

“I’m at my wit’s end here trying to get a contractor with a decent price because everything is going to cost me over $125,000,” she told THE CITY. The foundations of her home have been compromised and she still needs to replace the plumbing and electrical systems.

She received a few thousand dollars from FEMA, but that’s not enough to cover all the damage, she said. And Bhagwandin is terrified of what another storm might do to her house and the rest of the city.

“It’s a year,” she said. “It’s been a whole year, and I just talked to the folks at FEMA and said, ‘We’re not ready for an emergency. We are then not ready for emergency.

In an email, FEMA spokesman Don Caetano said the agency is “continuously” working with New York City and the state to “apply lessons learned from previous disasters and take corrective actions to mitigate them in the future”. He declined to assess the city’s readiness, but said “we are working collectively to resolve the issues we have dealt with during Ida.”

He declined to comment on the city’s denial of all claims.

Bhagwandin’s neighbor Jennifer Mooklal said she still has to renovate her entire basement and most of the first floor after it was flooded with water and sewage last September.

Mooklal and his family are living in the house despite all the necessary repairs – and received their rejection letter on Monday.

“I can’t go anywhere else,” she said, adding that the city handled things after the storm “absolutely badly” and the family would ideally like to sell their home.

“The city did what it wanted for topicality and popularity,” she added, referring to promises made after the storm, although she did not expect much government assistance after. having faced sewer flooding for years.

“The city let us down before, so I’m sure there’s no more help,” Mooklal said.

“This decision – on which I encourage owners to explore their options – is an unfortunate synthesis of the city’s neglect and failure to prepare for extreme weather,” he said in a statement. at THE CITY.

Those who have had their requests denied and want to challenge the decision have until the end of November to file a lawsuit against the city.

A maze of alleged help

Some Ida victims said reconstruction funding and other non-monetary assistance offered by government officials at the municipal, state and federal levels were insufficient to cover their losses and reparations.

For undocumented immigrants and others not eligible for federal assistance, the state and city created a separate $27 million Ida Relief Fund, providing a maximum of $72,000 per eligible household. The state reopened the application period through the end of April after an original January deadline.

On Monday, the state distributed more than $1.8 million to 373 applicants through the fund, according to Mercedes Padilla, spokeswoman for the state’s Office for New Americans. An additional 181 candidates are also expected to receive money, she said.

In correspondence Monday sent to the city’s Office of Emergency Management and the State’s Division of Homeland Security and Emergency Services, Lander further outlined ways in which the government could be better positioned to the aftermath of disasters: building capacity to be able to manage cases; obtain legal assistance contracts for those who need it; and include post-disaster needs in the city’s broader housing plan.

The OEM and DHS did not respond to requests for comment.

Get the inside scoop from THE CITY

Subscribe and receive the latest stories from THE CITY every morning

Thank you for your submission!