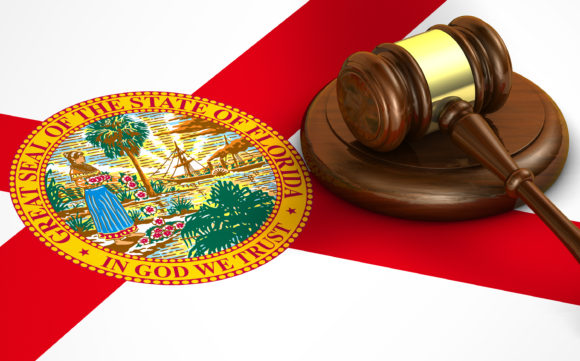 Recent moves by two Florida insurers to limit litigation and restoration costs — and regulators’ approval of those policy endorsements — have met with a constitutional challenge from contractors. A Florida law professor said the lawsuit should have some success in court, but only on a technicality.

And the complaint’s broader principles could soon be rendered moot, depending on actions taken by the state legislature when it convenes next week in a special session on the property insurance crisis.

The lawsuit filed in Tallahassee this week accuses Florida Insurance Commissioner David Altmaier of exceeding his powers when his Office of Insurance Regulation this year approved an arbitration approval for American Integrity Insurance Co. and a restriction on assignment of benefits agreements filed by Heritage Property & Casualty Insurance Company

The policy changes deprive policyholders of their rights of recourse in court and deprive contractors of the benefits of AOBs, which are guaranteed by law and by court decisions, according to the lawsuit.

“Commissioner Altmaier has been interviewed on occasion and he has said that the Office of Insurance Regulation can help where the legislature fails – a rather mystifying statement which disregards the traditional notion of separation of powers in our system. of state government,” the complaint reads.

The lawsuit was filed by Boca Raton attorney Joshua Alper and the Washington-based Center for Constitutional Litigation, a law firm that assists litigators in constitutional appeals and challenges. The plaintiffs are the Restoration Association of Florida, which represents water damage repair contractors, and Air Quality Assessors Inc., an Orlando mold assessment company.

American Integrity created quite a stir when it was approved for the binding arbitration provision for homeowner policies in February. The endorsement offers homeowners premium discounts if they agree to settle claims disputes in mediation. If that doesn’t work, disputes would be submitted to binding arbitration.

Now, other insurers are considering similar endorsements as a way to avoid the high cost of litigation, which insurers say is out of control in Florida. In fact, Heritage Insurance requested an even stricter endorsement in late April, which requires arbitration for most claims disputes and would not be optional.

This endorsement was not endorsed by the OIR and is not mentioned in the Restoration Associates lawsuit. But another heritage policy change was approved by the OIR in March and is the subject of the complaint. The professional services exclusion categorically states that Heritage will not reimburse contractors, engineers, inspections or other professional services ordered by the insured. This presumably means that the carrier will only reimburse the insured.

Another approved exclusion notes that the policy will not cover services unless Heritage approves the contractor in advance. Both clauses violate Florida law, according to the complaint.

“AOB rights generally cannot be assigned by an insurer through policy wording,” the lawsuit states, citing “an unbroken series of lawsuits in Florida over the past century, alleging policyholders are entitled to assign such claims without the consent of the insurer”.

American Integrity’s endorsement, as approved by Florida regulators, will confuse policyholders, plaintiffs say. It states in a single section that state law allows owners to sue for unfair claims practices.

But lawyers on both sides of the insurance division, as well as a Florida law professor, said the suit was unlikely to succeed on the constitutional issues. Previous court rulings have repeatedly held that insurance policies are contracts and policyholders have little say in the terms, said West Palm Beach attorney Gina Clausen Lozier, who represented the insured.

In the Restoration Association lawsuit, only one argument is likely to succeed, said Robert Jarvis, who teaches constitutional law and contract law at Nova Southeastern University in Fort Lauderdale. The complaint points out that the two insurers’ policy filings were not notarized, which would have certified that they complied with the Florida Insurance Code.

“Assuming this fact is true, the case can (and should) be decided on this ground alone,” Jarvis said in an email Wednesday.

Courts generally avoid deciding constitutional issues until they have to, and Leon County Circuit Court Judge Angela Dempsey will likely do so here since she can decide the case on the notarization argument, Jarvis said. But at some point the constitutional question could come up again, in Leon County or in another court, he said.

“The Florida Supreme Court has made it clear that consumers can waive their economic rights as long as they knowingly do so,” the professor said.

The High Court, in a case involving attorneys’ fees in medical malpractice claims, noted that economic rights can almost always be waived. The right to remain silent, under the Fifth Amendment of the US Constitution, for example, is often waived.

“Given this language, I tell my students when I teach Article 1, Section 26 (of the Florida Constitution) that one would have to search very hard to find an economic right that cannot be negotiated,” said explained Jarvis. “A person couldn’t agree to become a slave, because slavery is against public policy in Florida, but that’s how extreme things would have to be for a public policy argument to succeed. Obviously , choosing to pay a lower premium for reduced insurance coverage isn’t extreme enough, not even close.

On the issue of confusion for the insured, the law professor suggested that a judge might find that the wording of the policy could be clearer, but so would a lot of English wording. A plaintiff could always claim they didn’t fully understand the arbitration clause, but American Integrity may be betting that few consumers will be able to show they didn’t know what they were signing.

Of course, the Legislative Assembly in its special session next week could render the lawsuit moot by approving legislative changes that allow for more arbitration requirements in insurance policies. Sources said it’s a key issue that Senate lawmakers and Gov. Ron DeSantis are considering.

American Integrity and Heritage may have strong answers to the legal complaint, Laura Pearce of the Florida Association of Insurance Agents wrote in a blog post Thursday.

“However, I also cannot help but wonder if this lawsuit might prompt the Legislative Assembly, during the special session, to consider further the issues raised in the lawsuit and to draft legislation to clarify that these policy changes are options that should be provided to consumers to help reduce property insurance premiums,” she wrote.