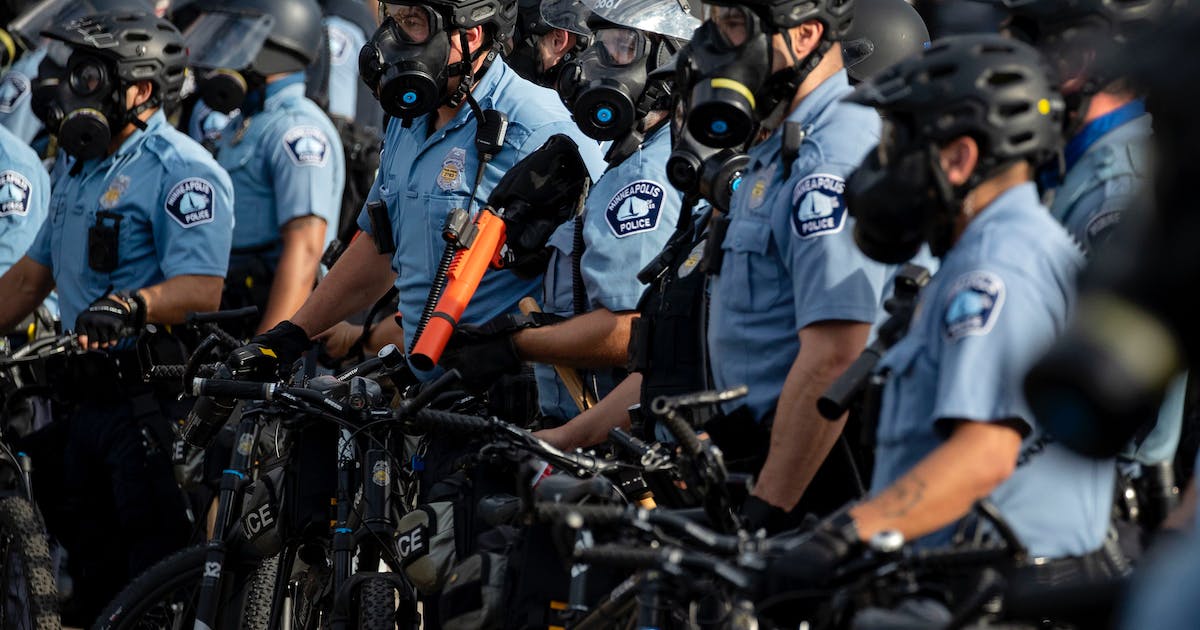 Why are we allowing our elected officials to continue wringing their hands collectively over payments to police officers? (Front page, April 3.) We should force them to take the big step needed to begin troubleshooting any police department in our state. Our state and cities need to start requiring officers to carry malpractice insurance as a condition of employment.

Rather than pouring millions of dollars in municipal funding into victims of police misconduct, we should place the onus on officers to maintain and certify that they have a personal interest in police practice. Only then will you see agent behavior change. Only then will the officers around the thieves take quick action to protect their malpractice insurance and their livelihoods from damage from bad actors. The events driving the spike in claims for PTSD (post-traumatic stress disorder) would have been much less likely to occur if the officers causing the problem had already been addressed by their co-officers having a major stake in the game.

When I Googled “Minneapolis PTSD Claims,” the first entry was an ad with the headline “Police and Fire Departments Make the Most of Your PTSD Claim.” This perhaps helps explain the statistics quoted from the Public Employees Retirement Association in the well-researched Star Tribune article: Among Minnesota Public Safety Workers’ Disability Claims from August 2020 to December 2021 (Most related to PTSD), 43% were initiated in Minneapolis. , 9% in Saint-Paul.

I always laugh when I read about a “new” Minnesota GOP approach to winning the election (“GOP exploits ‘Virginia model’ in hopes of November sweep,” April 3).

The awkwardly named “Virginia model,” first revealed because Republican Glenn Youngkin defeated former Democratic Gov. Terry McAuliffe in that state last fall, is being touted as a way for that state’s GOP party to take the House and the Governor’s office this grave. The article says it was Youngkin’s focus “on the economy, public safety and more parental controls in the classroom” that delivered his victory, and the House Minority Leader of Minnesota, Kurt Daudt, is now drooling over prospects.

Minnesota’s economy is healthier than the country’s, even after the country added more than 400,000 new jobs in each of the past 11 months. Unemployment continues to fall and corporate profits are good. Minnesota’s cash surplus was largely the result of windfall tax receipts from sales and corporate and personal income taxes, a sign of a growing economy. Governor Tim Walz has taken tough steps to ensure public safety during the pandemic, and he continues to push to protect public health by supporting efforts to reduce pollution and fossil fuel consumption.

As for parental control in education, be serious! Access to teachers, program directors, and course content is already available in each of Minnesota’s school districts. Want to get more involved? You will be well received.

It is comforting to know that these three issues are now important to the Minnesota GOP. Doing good things together just got a whole lot easier.

I read with more than a little dismay the April 3 op-ed supporting the legalization of sports betting in the state (“The Time for Sports Betting May Have Come”). But not for reasons readers might think. That’s because the Star Tribune editorial board suggests that part of the proceeds be used to support youth sports competitions.

Why is that? Is it because sports stars continually sign multi-million dollar contracts? Perhaps it is time for an equal amount to be spent on academic competitions, especially those related to STEM (science, technology, engineering and mathematics). These competitions receive no coverage, but are continually presented as the future of the country. On the other hand, the Sunday Sports section had 14 pages. Maybe it’s time we started rethinking our priorities.

I was interested to read about Minnesota’s exports in the April 3 “Curious Minnesota” article. For me, it was a good review, put Minnesota’s manufacturing and production industries into perspective, and reminded me of where most of our state’s products go.

It struck me that this information should be better known to all of us in Minnesota as part of our general knowledge base. It should be taught in social studies classes, reinforced by teachers throughout our students’ school years, and used by professional counselors for career planning. We expect our residents to know a variety of basic facts about our condition; knowing the basics of our state’s economy should be included.

Jon R. Clark’s April 3 comment “If ever there was a time to expend our energies on fusion” encourages us to press forward full steam ahead to make fusion energy available for the production of large-scale electricity. People have been studying controlled fusion reactions for decades, and a lot is known about them. Most of the negatives are buried and only the positives are heard.

The sun uses hydrogen under extreme pressure and high temperatures to form an isotope of helium without emitting radiation. The mass difference between two hydrogen atoms and one helium atom is released as heat according to Einstein’s equation E = mc2. On Earth, we have no vessel to contain the high temperatures and pressures necessary to use hydrogen as a fuel. We have to use a container that uses strong magnets to hold a plasma made up of fully ionized atoms. Since we can’t approach the pressures of the sun, we have to substitute deuterium and/or tritium for the hydrogen, and we get out helium and a bunch of high energy neutrons. These neutrons represent a large part of the energy released by the reaction. The neutrons also activate the nuclei of the materials that contain the plasma and so the container becomes radioactive waste. Neutrons from a fusion reactor can be used to create plutonium by irradiating uranium-238, so the reactor can be used to make bomb fuel. Fusion is unlikely to be a significant energy positive for long, if ever.

See “Fusion Reactors: Not What They’re Supposed To Be” (tinyurl.com/bulletin-fusion).

“Rondo revived?” It’s their plan” (Local, April 3) omits many issues necessary for discussion. Such as: how a land bridge with housing and businesses could be financed to become predominantly black owned; how is that even a legal goal; where to store the huge amount of equipment, structural components, materials and supplies before and during the construction project without demolishing (much?) the existing houses and buildings; how side effects such as air, dust, fumes and noise pollution will be mitigated; and what impact the expected rise in property values ​​and property taxes will have on the presumed ability of black homeowners, in the short and long term, to obtain and retain property, for generations to come, given the well-known real-time challenges in this regard.

Additionally, please inform us of ongoing strategies to garner sufficient public, legislative, state, and federal support, given the political environment that divides Minnesota and the country. Finally, please let the public know how to join these discussions.

The resurrection of the Rondo community is a timely and laudable goal. However, aligning goals and dreams with real-world informative details must surely become a major priority in the continued release of related news.

We want to hear from you. Send us your thoughts here.

Obama, Biden team up to back Obamacare on 12th anniversary of health care law