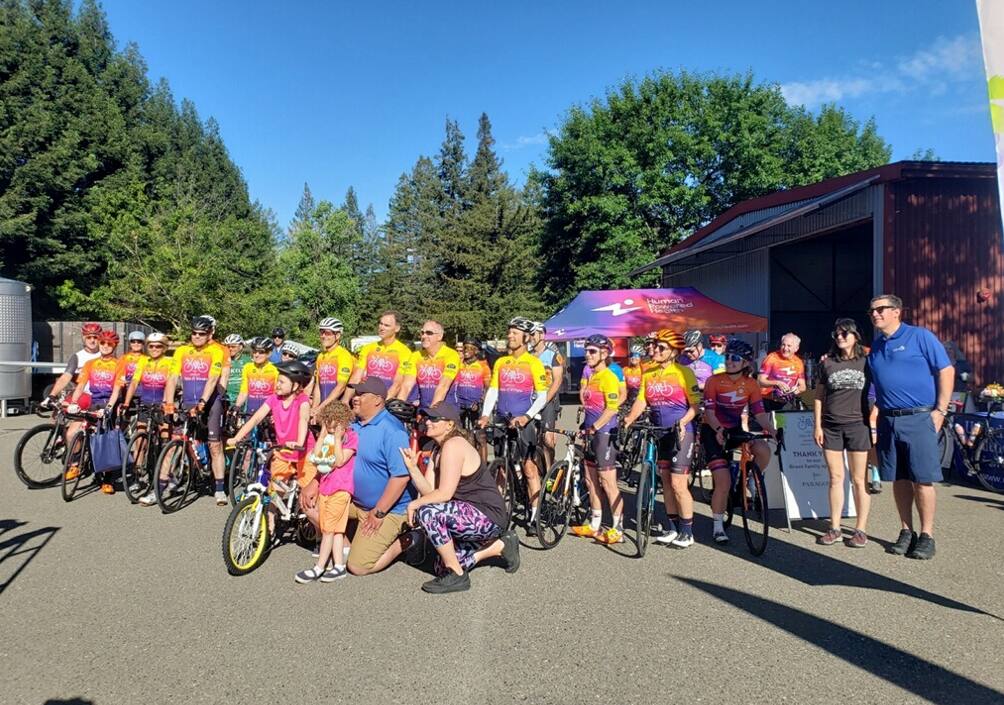 Velo & Vines ride in Healdsburg raises $185,000 for children in need

The bike tour was organized to support the UnitedHealthcare Children’s Foundation. Since 2007, the foundation has provided grants to children across the country whose family insurance does not cover or does not fully cover their medical expenses.

One of the recipients, Liam Luong, 7, of Santa Rosa, received a grant to fund surgery related to his diagnosis of pneumococcal pneumonia. He and his father, Tein, attended Saturday’s event.

“Liam is doing better,” said Matt Peterson, president of the foundation, who met with the Luongs on Saturday. “He’s just the cutest thing. Tiny. He will benefit from the money raised today.

Money raised on Saturday will be used to fund grants of $2,000 to $10,000 for children in Northern California. The foundation organizes events related to cycling, running, fishing and golf throughout the country. Many of those who rode Saturday were from other states, including Maryland, Michigan, Minnesota and Texas.

“Health care is very expensive, and in some cases people are giving up food or housing to pay for it,” Peterson said. “Grants are designed to be fast and flexible. They fill in the gaps. It’s a good time to come together and do good for others.

Grant applications are reviewed by a nurse for clinical effectiveness — to determine if the procedure is appropriate for the child — and a board based in various parts of the United States, he said. Candidates’ income must be validated. The grants have an approval rate of more than 90% and 8 out of 10 are covered by health insurance other than UnitedHealthcare, Peterson said. The foundation makes 3,000 grants a year in all 50 states.

Riders, who paid $100 to participate, were able to attend all-inclusive festivities after the ride and received a Velo & Vines 2022 t-shirt. Individual riders also raised funds, and those who raised more $1,000 was invited to a pre-race social event on Friday.

Anyone interested in being considered for a grant can go to uhccf.org. According to the site, the foundation has awarded a total of $61.5 million in grants.