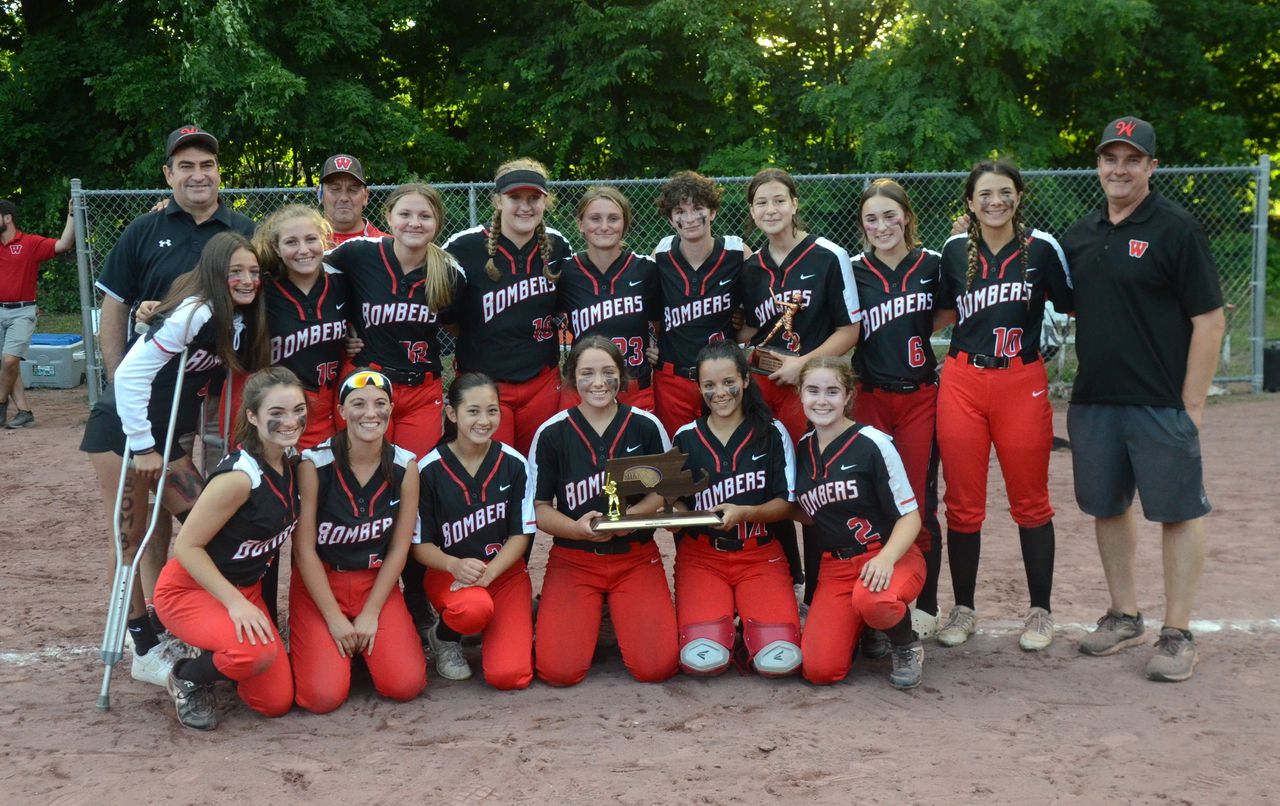 Westfield No.3 softball hooks up to No.4 Pittsfield and wins West Massachusetts Division I crown

WESTFIELD – Erin Gour closed her eyes after her last throw, a curved ball, left her hand.

When she opened them, her teammates were rushing to celebrate.

For the first time since 2014, and after a year without softball in high school, the No.3 Westfield Bombers were Division I champions of Western Massachusetts.

â€œI’ve been in a lot of league games,â€ Gour said Friday night. “But this one, this one means everything to me.”

In a high-scoring game where home runs occasionally took off from the Westfield softball field, the Bombers beat No. 4 Pittsfield, 14-10, to claim the title.

â€œI really wanted it in my freshman and sophomore year,â€ said Gour, reflecting on his career at Westfield. â€œBut this year it means so much more. Especially with this team. I kept telling them at the start of the season, I was so comfortable.

Westfield will advance to the state semifinals where he will face the champion of Central Mass. Wachusett on the road on June 28 at 3:00 p.m.

The Generals opened the scoring quickly as Mia Alfonso netted a brace through left center to add a point. As Gour struck out the next batter, a passed ball netted a second run to make it a 2-0 game at Pittsfield.

Westfield fell in order in the lower half of the inning.

A Bombers bench player, however, yelled at her teammates as they returned to the field.

After a quick top of the second, the Bombers took that statement to heart as the team brought 12 hitters to plate and took the lead.

After the first two hitters in the inning hit the bases via a single and a walk, Ally Rehor approached home plate. Behind 0-2 on the count and playing his first game of the Championship at Western Mass., The rookie was nervous.

â€œIt was scary,â€ Rehor said, â€œbut I was just trying to get my anxiety under control and get through and see if I could get a hit.

At the end of the set, Westfield had a 7-2 lead. The team followed that in the bottom of the third with three more runs, this time getting smaller and smaller as Ciara Toporowski took a bunt to bring Marlow Murphy home to start the round. Gour finished the frame helping himself, hitting a double RBI to make it a 10-4. Thu.

Emma LaPoint and Gour added a few more points in the bottom of the fifth, and ultimately those insurance points were needed as Pittsfield’s sticks came to life in the final two frames.

Mia Potash hit a two-run homer before Alfonso pulled off his own solo shot to make up the deficit and make it a 14-8 game.

With just two strikeouts separating Westfield and a title in the seventh, Alfonso hit another solo home run. Alyssa Mercier followed her with a home run through the deep center to bring Pittsfield down to under four.

After a choice by a fielder brought Westfield down to a point in the title, the Bombers turned to their senior pitcher on the mound to close the game.

â€œShe’s just an amazing leader,â€ said Rehor, one of five freshman rookies. â€œShe’s great for training us one way. She is always there for us and supports our team. She is the basis of our foundation and a leader.

Gour took the lead on the batter early. Then, she threw her final pitch at the Westfield Diamond.

â€œI was so relieved, so relieved,â€ Gour said. â€œI was expecting this. â€¦ They made me a little nervous with these (home circuits), but it was really good to come back.

After the celebration and the presentation of the trophies, Gour remained in disbelief.

“It means everything to me to play with this team until the end.”